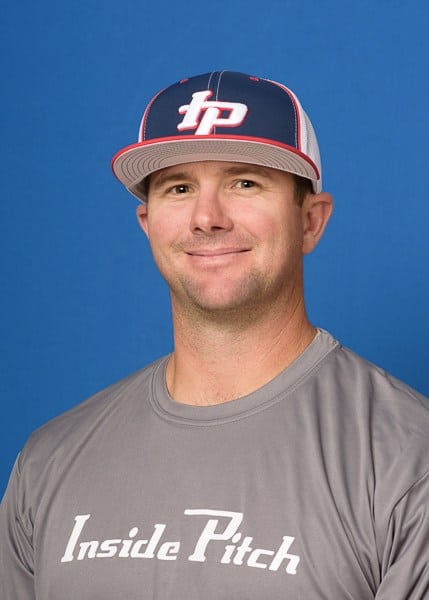 Brandon is the owner and lead instructor at Inside Pitch, whose focus has been to give Whatcom County and the surrounding areas a leading edge in baseball and fastpitch training.

Brandon was born in Tucson, Arizona and raised in La Quinta, California. This exposed him to year round baseball and created a tremendous passion for the game. Brandon transitioned from a college catcher his sophomore year at Grossmont Junior College to a pitcher, and that landed him a scholarship to Washington State University in the rolling wheat fields of the Palouse.  After graduating from WSU with a Bachelor of Arts in Humanities with concentrations in Sports Management and Communications, he was given a free agent contract with the Milwaukee Brewers.  Brandon’s time with the Brewers lasted for two short years because of arm injuries. These injuries have lead Brandon to become extremely motivated and driven to understand overhead throwing and pitching specific movements in order to help overcome the plague of problems within the sport. Brandon believes by helping athletes to build a strong foundation towards correct movement patterns and training, the sport of baseball will become more popular and understanding among young players and parents.  After leaving the Brewers organization, Brandon ended up in the Pacific Northwest where he had roots from college. This allowed Brandon to follow two of his other passions; being in the outdoors and fishing.

When Brandon isn’t at Inside Pitch, he can be found with his wife, Tiffany, wrangling their three kids; Ayla, William, and Kinley.