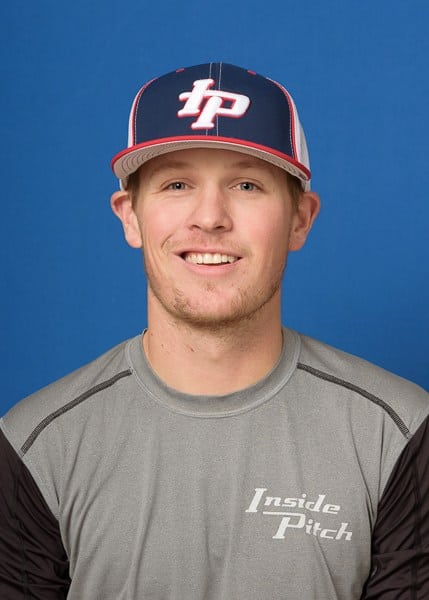 Coach Jeremy Hirschkorn picked up baseball about the same time he picked up walking. His grandparents never missed a Seattle Mariner game on TV and instilled that passion for baseball in Jeremy. As a lifelong follower of the game, Jeremy spent time throughout the year on sandlot diamonds working on his game with his friends. Not only a fan of playing and watching the game, Jeremy considers himself a baseball history buff, logging hours of reading and documentary watching.

After a brief stint with the Knights, he returned to Bellingham just in time for the opening of Extra Innings which was to become Inside Pitch. He has been instructing at the facility since 2006, working with players of all ages and levels on their baseball skills, athleticism, strength, and conditioning via private lessons, clinics and Inside Pitch’s Fall League.

Coach Hirschkorn has been a part of select baseball in Whatcom County since 2009. (Assistant Coach of 13u Stickmen Baseball Club in 2009, Assistant of 14u and 12u Cascade Crush Baseball Club 2012-14 and head coach of 2015 12u Crush and 2016 13u Crush). On top of his time as a baseball instructor and select program coach, Jeremy has volunteered with the Boy’s and Girl’s Club’s baseball program. He has also earned certifications in Personal Training and Sports Nutrition from the American Council on Exercise (ACE Fitness). When away from the diamond and outside of Inside Pitch, you can find Coach Hirschkorn in the woods adventuring with his wife Kylea-Jo and his blue heeler Rose.