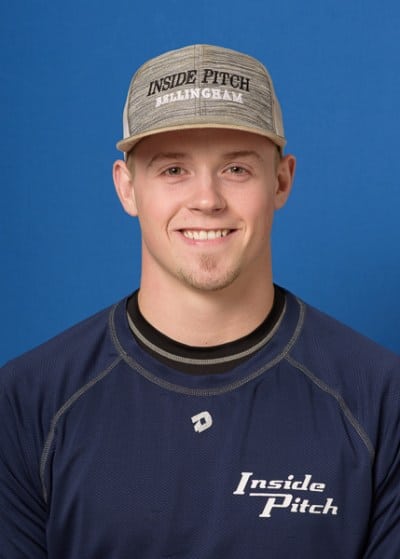 Coach Forrest Longanecker was born and raised in Bellingham, WA. As a kid, Forrest spent much of his
time on a field/court playing football, baseball and basketball. Through constant competition grew a
fierce competitor. When he wasn’t at an organized event, he was playing a pick-up game somewhere in
the neighborhood or causing trouble with his twin brother, Brice.
At Sehome high school he played Football and Baseball through senior year, collecting a total of 6 varsity
letters, a number of awards and being named captain of the baseball team his senior year. Following
high school, Forrest moved to Arizona to play baseball at Gateway Community College. After just one fall
season, a chronic shoulder injury caused him to give up his dream to play professionally.
After moving back to Bellingham and deciding to not get reconstructive surgery, Forrest got a job
working with the team at Inside Pitch in August of 2014. Shortly after, he made the decision to go back
to school and get a BS in kinesiology from Western Washington University. He also made the decision to
play for the Western Club Baseball team which had limited practices and a lighter game schedule.
During his three seasons (2015-17) with the Western Washington university baseball team, the Vikings
won back-to- back conference championships and placed 2 nd in regionals in 16’ and 17’. Forrest was
named a 1 st team all-region selection in his final season.